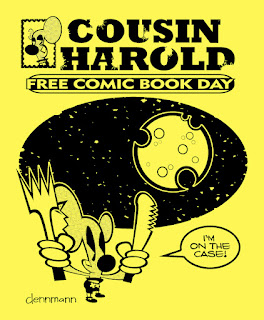 The Free Comic Book Day Edition of
Cousin Harold will be available at
- Drawn to Comics - Hero Comics -
- Jesse James Comics -
- Samurai Comics (all 3 locations) -
I will be appearing at Samurai Comics
(the Phoenix Location) during the morning
and early afternoon, then check in at the
other stores for the rest for the day. 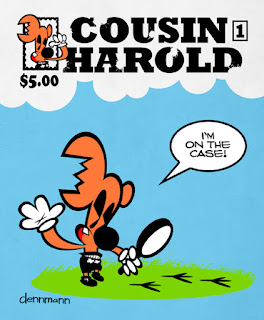 I will also have copies of Cousin Harold #1
with me on Free Comic Book Day. The book
arrived earlier so rather than waiting for
Phoenix Comicon to debut - I'm just selling them.
(I'm the bass of the company after all.)
Posted by dennmann at 2:35 PM