March 14th, 2015 was Mini-Comics Day. The goal is to make a mini-comic from start to finish in 1 day. That means write, draw, copy, fold and staple all in 24hours. I do not think there is a limit on the size or length of the book, but when I think of a mini-comic it is a letter-size folded comic that is 8 pages in length. So that is what I made. 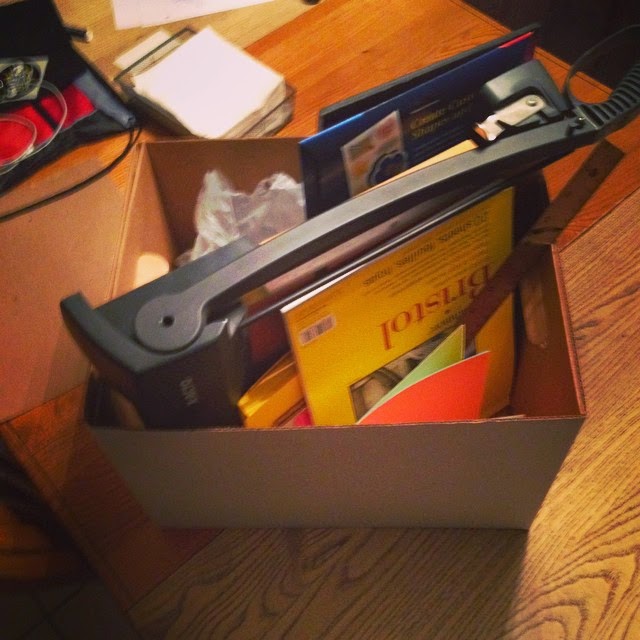 The night before I packed all the tools I thought I would need to make this mini-comics a reality. Paper, pencils, pens, stapler, cutting board, scissors,  a mini-comic and a couple of comics for inspirations. 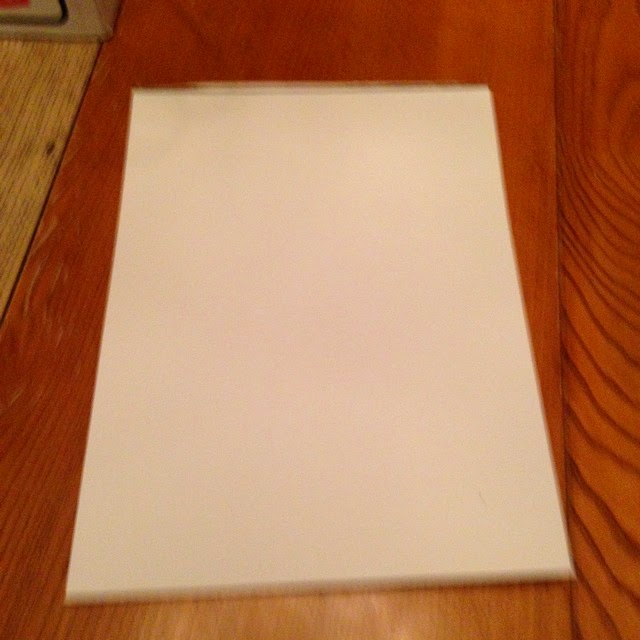 The blank page. I woke up at 2am, took a shower and then headed to the table to start doing layouts and writing my story. 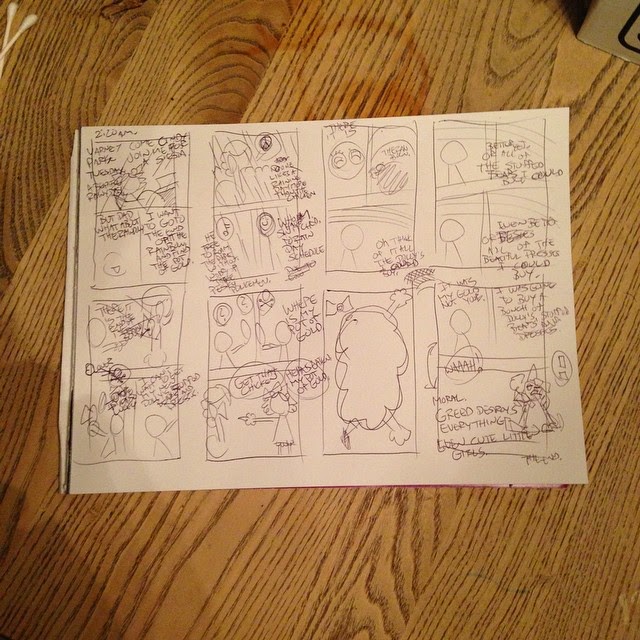 At 3:08am, I had a complete set of layouts and enough dialog and story to start lettering. 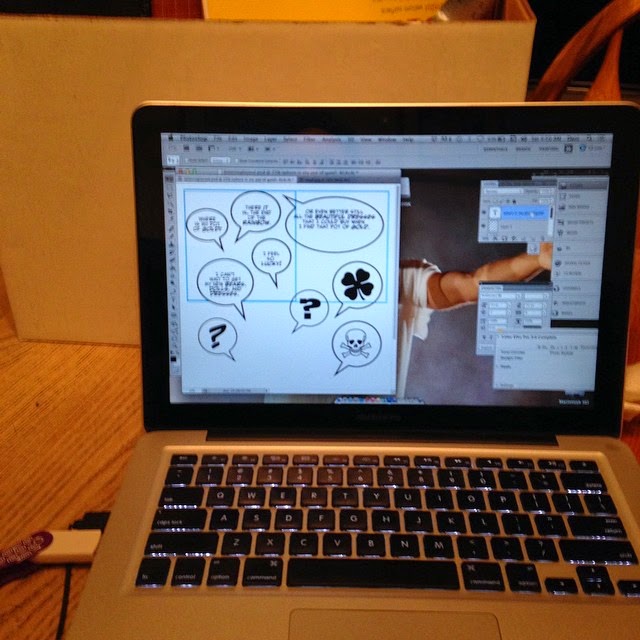 During the lettering process, I finalize all of the story. I hate my handwriting so I letter digitally and then print it our on sticky back paper. It occurred to me that I could use the Chartpak stuff that Eric Mengel uses to make tones to do my letters in the future. I might try that next time. 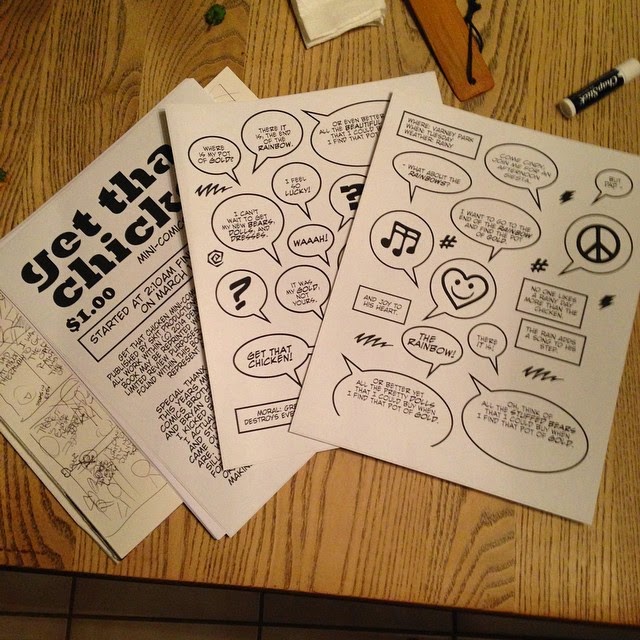 At 5:31am, I had my lettering printed out and ready to lay down on the pages. I put the lettering on the pages first to help me save time in the drawing stages later. It forces me to draw in only specific spaces and work around the lettering. 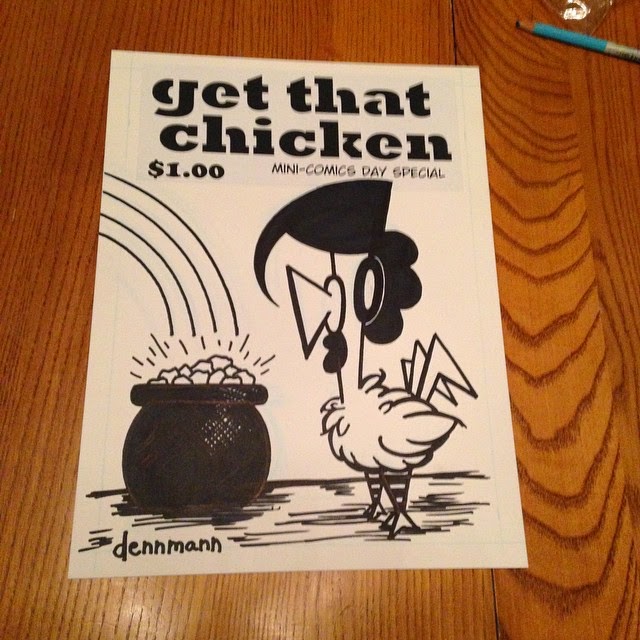 I had the cover finished by 6:14am. I was well ahead of schedule at this point. So I got to place the lettering on the pages, but for some reason I lost that picture. 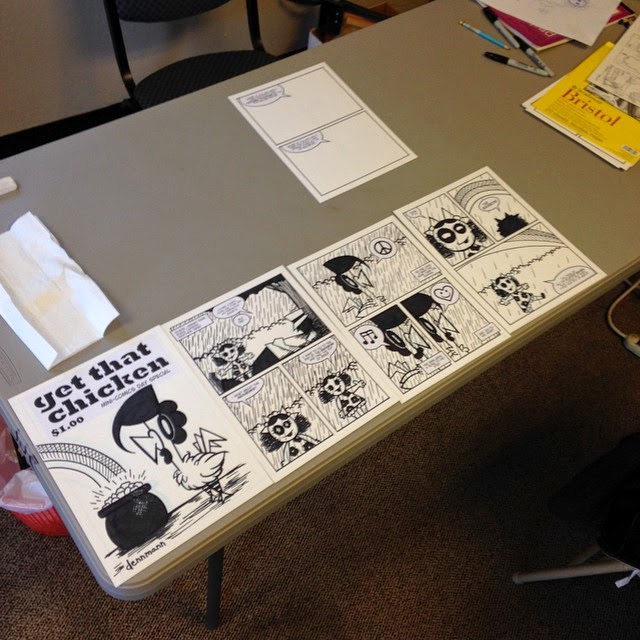 I arrived at Jesse James Comics at 9am and was ready to work. By noon, I had 3 pages done and was building momentum. 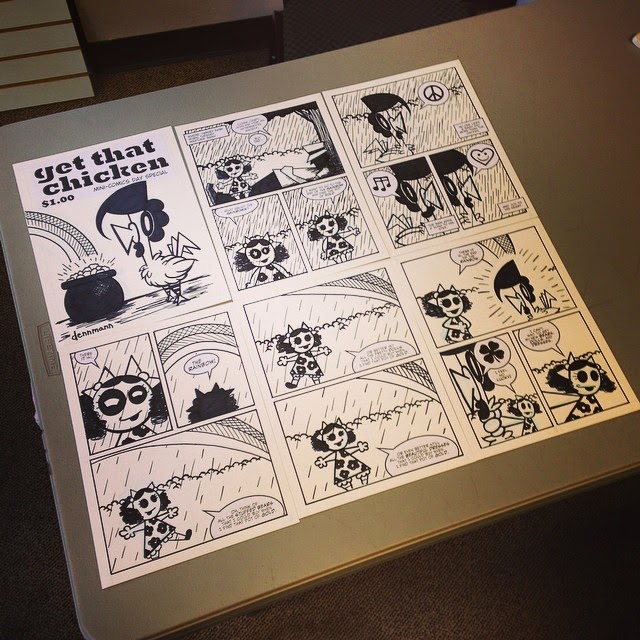 Not sure how this picture was only taken an hour after the previous one and I had finished 2 more pages. Maybe it was that momentum. 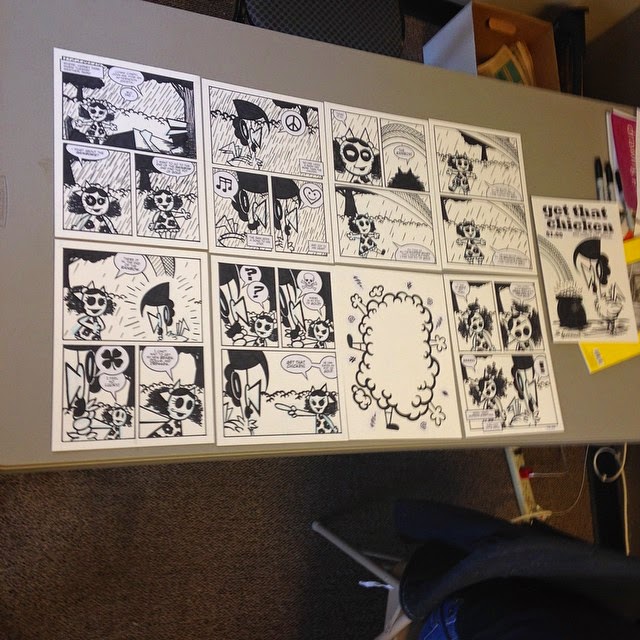 I had finished at about 3:30pm, but had time to go back in a clean up the art work a little, spot some extra blacks and add some over all flair to the art. This picture was shot at about 5pm, just before out journey to Office Max for the photocopies. 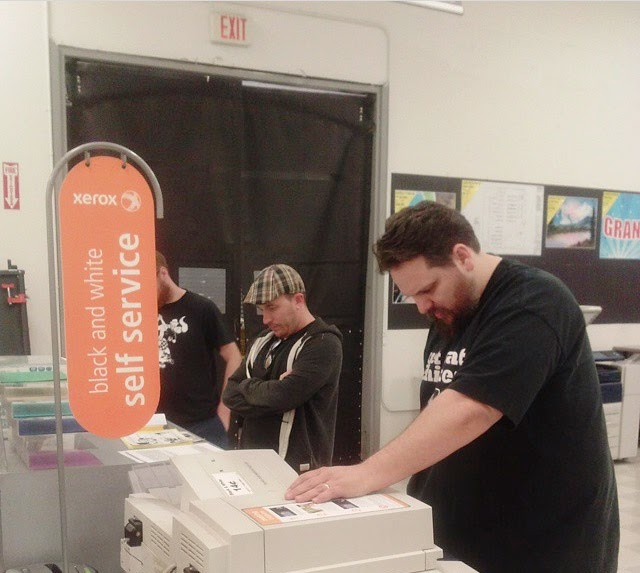 A picture from the copy shop (taken by Damon Begay). I had to fight with this machine to make the books. The place I usually use was suddenly closing and I was forced to go somewhere else. Because of the copy qualities I only made a hand full of these books. I will be printing up some nicer copies in the near future. 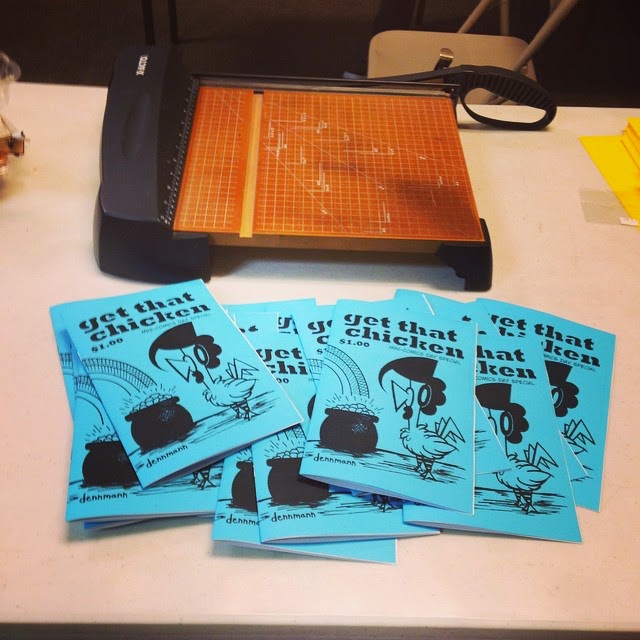 The finished books at about 9pm (because of the copying machine fights.)  No trimming was done on these books and they ware very misaligned , but hey what can be expected when making a book in one day on a strange new copymachine. An 8 pages with a cover, not bad for 19 hours of work.

Big Thanx to Jesse James for letting us set up and take over a room of his store for the day. If you have not stopped into Jesse James Comics yet, you should.

Shouts out to my comics brothers who drew with me all day, Eric Mengel, Damon Begay, Bryan Graham and Wil Hines. They all created some awesome stuff as well during Mini-Comics Day.

Special thanx to Birdie Birdashaw, Dadicus (John Derrick West) and Shawn Demumbrum for stopping by and hanginf out throughout the day.

Also thanx to all those who followed my adventure online through social media.

WOW! What a day and you know what, I cannot wait for next year!

The art looks good. And dang, what an accomplishment!

Thanx, Javier. I had a good plan going into it. The only thing that was an issue was our regular copy place is closing. So we had to switch, the new place only had 1 copy machine and it kept jamming.