Okay so I’m going to try and write a newsletter type post here every week. Let’s see how I do.

As I write this I’m finishing up production of Cousin Harold 9. My son just read the color story to me which I’m currently prepare to send out to Best Value Copy to have printed. Very excited about this book. It asked the question that I have been asked most about Harold since he was created, “What Happened to his ear?” 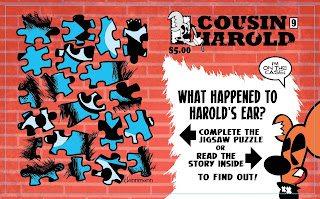 The cover might be a big spoiler, but I thought it was fun. The cover is based on the cover for Detective Comics #367 (by Anderen/Infantino). I saw this cover on the wall of a local comic shop and just knew that I had to use it once I revealed what happened to Harold ear. 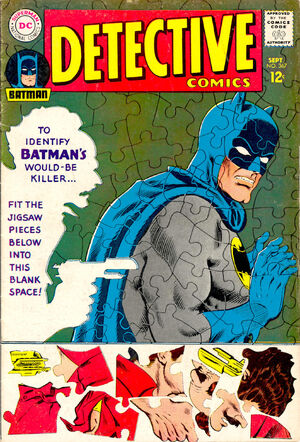 Last night we had a successful night of handing out Comics Never Stop newspapers at the Glendale Glitter and Glow Block Party. 400 papers found new homes. It was fun hanging out with the Comic Never Stop crew and talking comics while handing out papers. 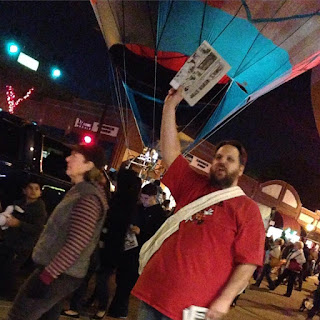 Also I have been purchasing supplies so that I can start attempting to produce the Cousin Harold figures next weekend.  I will be making the mold Saturday and Sunday and hopefully producing some figures come Monday.

-- I think I will also start trying to include a shout out to my favorite comic of the week. This week’s Shout Out goes to Doctor Strange #4. If you have not been reading this new Doctor Strange series, I think you are missing out on some awesome comics. Do yourself a favor and check it out when you get the chance.

That’s all for this week.