Out here on the west side it has been a busy week and it's fixin' to get even busier as my day job wraps up and the Phoenix Comicon is on the horizon. 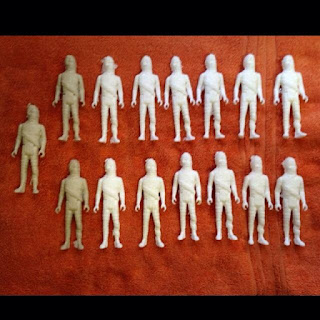 - --Mold 2 for the Space Mummy toy turned out better than mold 1. I fixed some of the errors I made with the first mold. Toys are in full production in the dennmann's garage at this point and I should have plenty of of them at the Phoenix Comicon on July 2nd(I will also be putting 5 up online that nornign at 9am PST). Each Space Mummy toy sells for $30 and will be part of an unlimited run. I do not want someone to get into the Space Monstas comic a couple years from not and not be able to purchase a S[ac eMummy toy because they are selling for $250+ on eBay. I do plan to make some more limited runs of the figure in different colors, the first up will be the Ashcan Edition, which will be Black & White limited to 10 (probably for SDCC). I also have plans on doing a Glow-in-the-Dark edition limited to 10 (maybe DesignerCon). 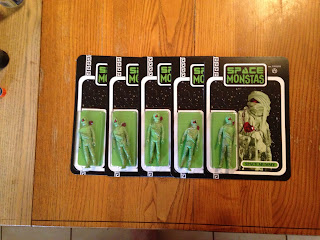 - --Speaking of the Space Monstas comic, I'm making but slow. Hoping to have some type of preview edition available at the Phoenix Comicon for those who buy a shirt or toy. Fingers are crossed! 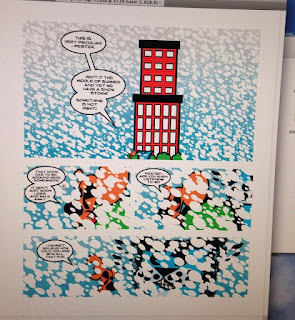 - --Cousin Harold 10 plows on. Here is a sneak peek page that I shared earlier this week online. I have had this snow idea in my head for a long time, finally found a place to use it. The plan is to release Cousin Harold 10 at the San Diego Comic Con this year. 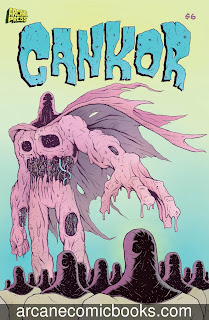 - --Comic of the Week - Cankor (Arcane Comics Edition) This book is just AMAZING, do yourself a favor and get yourself one (or at the very least search down a preview online). This edition collects the out of print Cankor #1 & 2.

Okay so you know I have a busy week ahead. I hope all goes smoothly.