WOW! The Phoenix Comicon turned out way better than I had expected. From the energy in the air to the good vibes on the vendor floor. I had a great time this year and rathe than going on and on about things I'm gonna let the pictures do most of my talking.(after all a picture is worth a 1000 words). 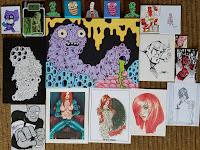 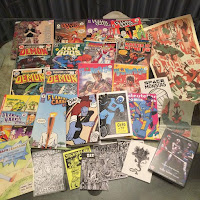 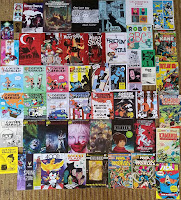 Love seeing convention booty pictures.
I love them even more when they have things I created in them. 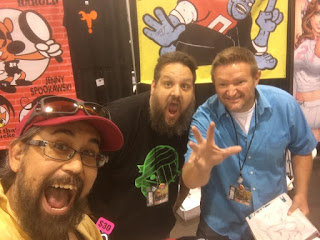 Bily Foster, Myself and Eric Mengel.
Bily has been a huge supporter of Eric and myself for years.
He has gotten our faces in front of many people,
who might never even know who we are. 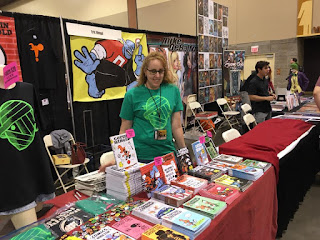 My beautiful wife helping at the table while I had some panels. 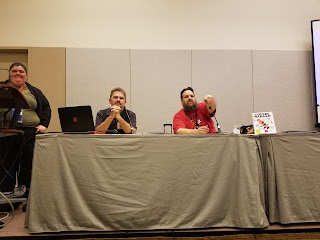 Tony Stephens and I on the Heroes with Disablilties panel.
I met Tony a couple of years ago, he is a great man that has
dreams of making comics that include character with
disabilities. I cannot wait to read what he comes up with. 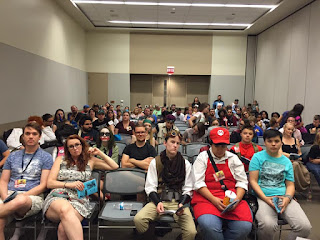 I think this is the 5th time Eric Mengel and I have given our
DIY Comic talk. The room was packed again this year and we talk
one on one with many of the attendees at our booths throughout
the weekend. I cannot wait to read the comics that many of these
people are planning on creating. 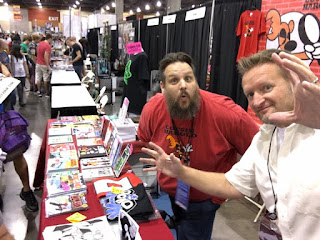 Eric Mengel and myself ready to take on the world, or at least the comic world. 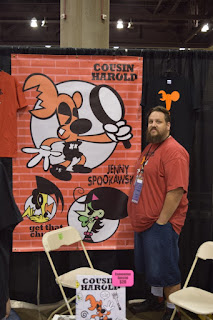 That time that Bleeding Cool interviewed me.

- --I would love to shout out all of the people at the show that I interacted with, but I'm sure I would forget someone and feel very bad about it. So know that every conversation from the smallest "Hey nice seeing you" to the longest "story of my life" conversation meant a lot to me. I learned more at this convention as a person than I had at any convention I have ever attended. 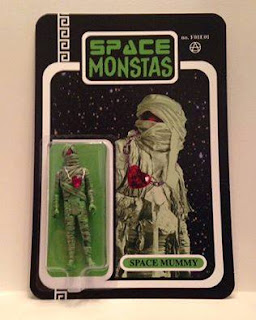 - -- Oh yeah and I still have some Space Monstas - Space Mummy figures left. Hit up my online store if you want one. Each figure comes with a limited edition Space Monstas mini-comic. 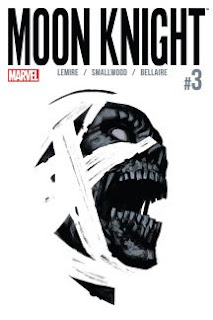 - -- Comic of the Week - hmm -- Moon Knight #3. This series is really trying something different, at least that is how I feel. I cannot wait to read the whole storyline again once it is finished.

- -- As for now I'm working hard to complete Cousin Harold 10 in time for the San Diego Comic Con. I will be tabling in the small press area this year. Plus we are prepping a special edition of the Comics Never Stop newspaper for SDCC. More on these things next week. I gotta get to the drawing board (or computer in my case) and start drawing. These comics are not going to draw themselves.