Things are always either up or down out west here in P-Town. This week I have had to ride the waves both directions. It gets tiring at times.

- --The majority of my time is being spent on making Cousin Harold 10, but I'm also working on many side projects at the same time. 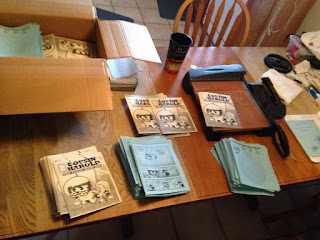 - --One of those projects is my Free Comic Book Day edition of Cousin Harold. Super excited to share this story. I had a great time making in over spring break. I will be appearing at Jesse JAmes Comics and Samurai Comics this year. Jesse James should be for their midnight opening for about an hour and I will be at Samurai when they open Saturday morning for a couple of hours. Should be super fun - I LOVE FCBD!!!!! 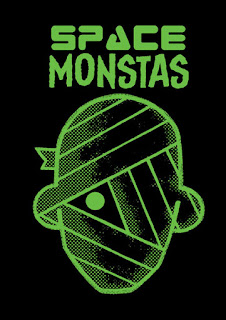 - --I also have been working on Space Monstas. I originally had planned on dropping a Space Monstas mini at Jesse James Comics for FCBD, but this is not going to happen. I will have an Ashcan available at Phoenix Comicon (where I'm a guest this year, the official announcement has not been made, but I'm listed on their site). I plan on try my hand a silk screening a cover for this special issue (wish me luck). 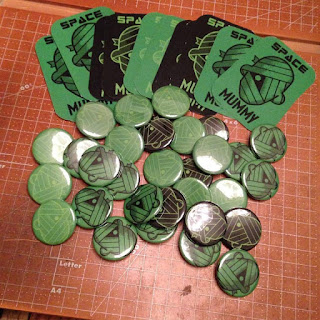 - --Also putting together some buttons and stickers for Space Monstas featuring Space Mummy. Super Excited being so close to sharing this new series with you. 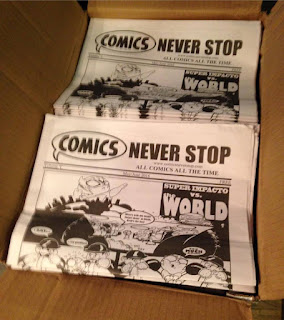 - --The latest edition of the Comics Never Stop newspaper arrived on Friday in all of it's newsprint glory. We will be distributing this edition the first couple weeks of May. Super excited about the paper and it's future. We are having a big meeting next week and have some big plans for the paper during the next year. 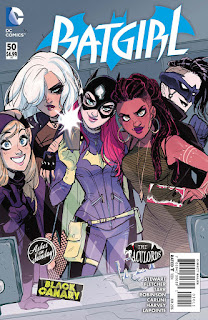 - --Comic of the week - Batgirl #50. The Fletcher/Stewart/Tarr run on this book has been on of my favorite runs of the last year on any book. Sad to see them leaving, but glad they are doing a book together over at Image (Motor Crush).

Okay until next week - Take Care,