The Toys Have Taken Over

Well out here on the south side of Peoria it has been almost nothing but toys this week. But before I get to that I wanted to talk for a second about a rough day I had this week.

I was making the cards for my figures and everything that could go wrong went wrong. It was a rough day, but I kept telling/asking myself "You get to make these figures, how bad could life be?" By the end of the day I had the cards made and started carding the figure. The cards did not feel perfect this time but I thought "These are hand made items, they are not going to be perfect every time1" I made it through. The thing I learned from this day is that I have to remember I'm very lucky to get to do the things that I do. Not everyone gets to draw comics and make a figure line based on those comics. My life is pretty AWESOME! 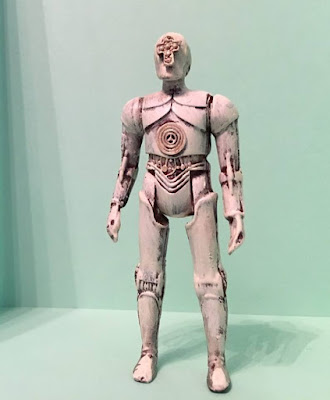 - -- Okay so I surprised many people when I dropped pictures of the finished Savior 7000 (the 1st figure in my Ratchet Robots line). People had heard me talk about these figures, but I do not think anyone know how close I was to having the 1st one completed. The idea of this line is for my to make more politically/socially charged statements about the world around us using my favorite Star Wars figures the droids. I have several ideas for the next figure and will hopefully be dropping another one sooner than later, but first we have to see how this one sells. 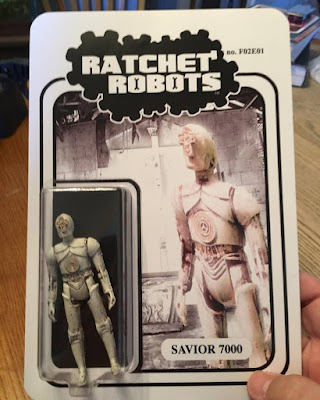 Oh and did I mention that this figure is available only through DKE Toys starting at Designer Con? Yep that's right a Designer Con exclusive, limited to only 10. So make sure you stop by the DKE Toys booth first and pick one up before they are all gone. 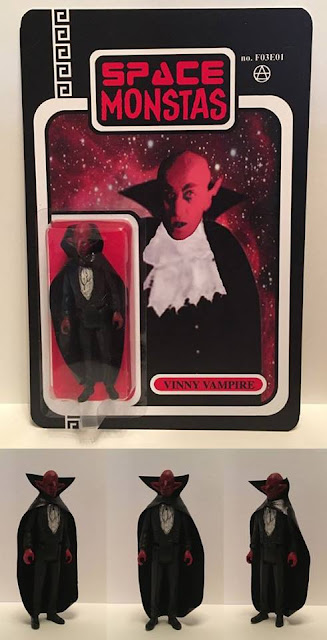 - -- Also on the toy front, I wrapped up production on my second Space Monstas figure, Vinny Vampire. Super proud of these figures, the head has some major sculpting work by me as well as cloth cape made by hand (also me). I could not be happier with the way they turned out. These will be available at PHX Zine Fest and Tucson Comic Con, limited to 13. So swing by one of those shows and pick up one before they are gone. 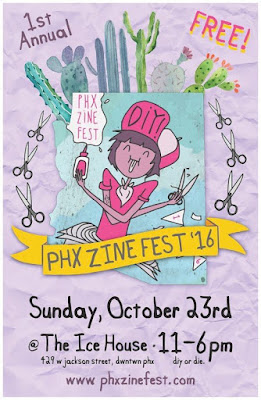 - -- And speaking of the PHX Zine Fest it's this coming weekend, October 23rd from 11am-6pm at the Icehouse. Hopefully you can make it out, should be an awesome time. Check out the link to see info on a bunch of the zinesters that will be attending.

- -- So with all this toy talk, you are probably wondering if I still make comics? 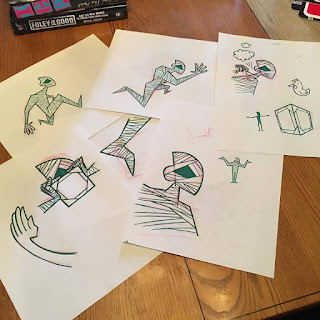 Yes I do! I have been hard at work on the Space Monstas comic. I originally planned to have this done by now, but you know how life works and I have learned to just roll with life. I think this book is coming along great and cannot wait to have it completed. At this point we are looking at late this year. 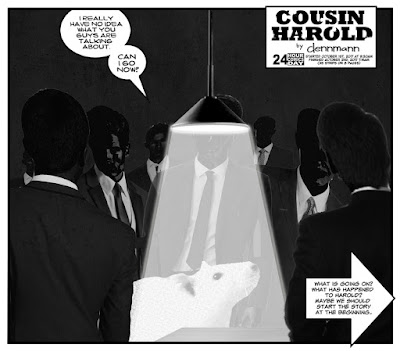 - -- Oh and I'm still working on Cousin Harold. Just wrapped up the stories that will be issue 11 which I will send off to the printer over Thanksgiving weekend. Oh and I completed an 8 page story (25 strips) during 24hour Comics Day. The story has Harold snacking on some real cheese and turning into a real rat for a panel or two, It will go up on on the Cousin Harold site starting in mid-November. 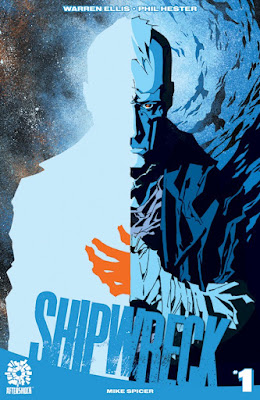 - -- Comic of the Week. Shipwreck #1 by Warren Ellis & Phil Hester. Man this book has some super weird stuff going on. Feels like a amnesia mystery with a little sci-fi on the side. I was a little shocked because I did not know what to expect and now cannot wait for the 2nd issue.

Okay well that is all for now. I will try to get back to weekly or at least bi-weekly with these post.