Out here on the west side of town, also known as the south side of Peoria, I sit creating comics almost daily. However lately I have been in a funk. I don't want this to be a downer post, but it just might be (sorry ahead of time). 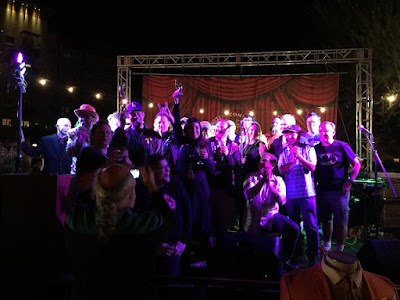 - -- Convention season is drawing to a close. I have one more show that I'm going to as a fan, but I'm done tabling for the year. I have a great time going to all these shows and talking comics with people. But as I look back at this year, I'm a little disappointed. I make comics, that is what I want to make, nothing more and nothing less. This year though it seemed people did not want comics. I had moved the smallest amount of comics since I started making book again 8 years ago. Not sure what has changed, but something has. I do not make comics to make money with my comics (just break even at shows), I make comics because I love them and have to, to help me stay sane. So now it's time to come up with some new ideas of how to get the stories I create into people's hands, for them to enjoy. I have a few ideas. (That's wasn't as bad as I was expecting.) 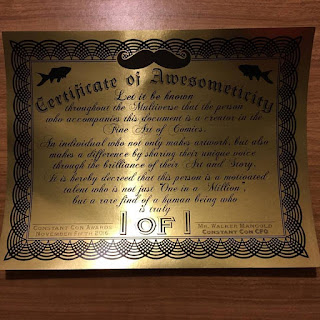 A big plus at the last show I did was that a few seasoned professionals had some nice things to say about my work and even bought a couple books. This gives me some hope for the future and makes me want to push forward. Also I won a little award at the Constant Con awards during the Tucson Comic Con, no matter how silly it might seem, this award meant a lot to me. 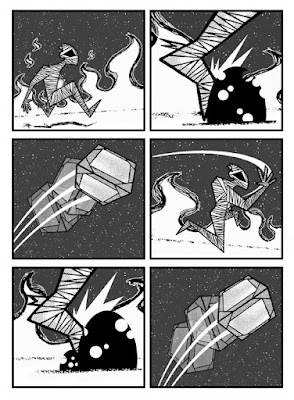 - -- Right now I'm wrapping up the first Space Monstas comic book. I have about 2 pages to draw and some letting, then all the design work then the book will be done. I'm planning on printing it Golden Age comic size. Planning a Kickstarter for early 2017. Super excited about the future of these characters. (Above is an unlettered page from the back-up story for this issue.

- -- Oh and I plan on starting Jenny Spookawski Loves History the first weekend of December. This is a story that I did layouts for over a year ago and just have not been able to schedule the time to work on it.

- -- Finding the energy to work on these project has been rough due to the lack of interest at conventions. Some how though I keep moving and creating. Maybe it has to do with the fact that I have to for my own sanity. 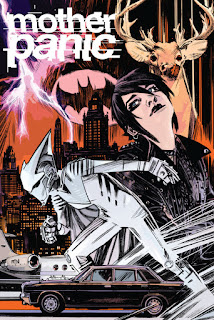 - -- Comic of the week, Mother Panic #1 - WOW! DC's Young Animal imprint is GOOD! All of these books have been excellent. I suggest you check them out. You do not have to read them all, but you might want to. I know I do.

Take care of yourself,