This week, I spent most of my time getting back to work at my day job, but during the evenings I spent some time with my sketchbook and prepping the online strip for next year (Jan 2009). I packed my scanner away for a couple of weeks, so I only have photos of the work I have been doing. Below are some pictures from my sketchbook. 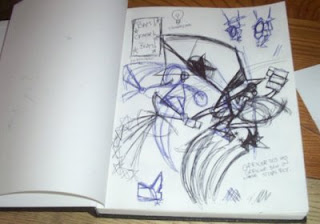 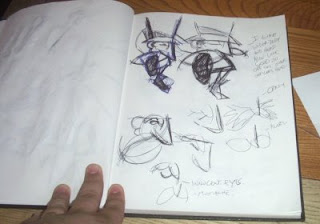 The second sketchbook page has some images where I am trying to adapt Bode's Cheech Wizard to my Officer Ted. The sketches basically came off to much like a direct rip off, so I did not use this walking style for Officer Ted. Instead I tried to use the spirit of what Bode did.
I also finished the penciling for the first week of strips. I am trying to do more complete pencils and work out the errors on the page rather than on separate pages and then transferring them to the board. I felt the redrawing the images multiple times was making my work very still and stuffy. Here are a couple of photos of the work so far. 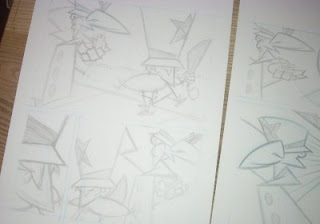 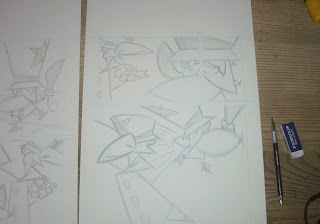