At the con I finally found a couple of books by Angela Montgomery and Sam Laggren, better known as Chu Chu Chums. I originally met these two at the 2009, 24 Hour Comic Day at Spazdog Comics. Besides the work they did that night, I had not seen any comics by them until the con. These two minis made me want to get back to work and pump out a mini comic or two. Awesome stuff! I found out after the show that they had other minis for sale at their booth. I wish I would have picked them up, maybe in Tuscon? 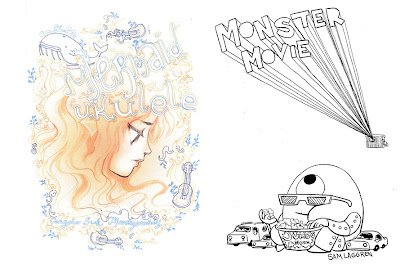 The Phoenix Comicon also gave me a chance to meet one of Phoenix Local legends, Ryan Cody. I have only been following Ryan's work for about a year, since stumbling upon one of his comics at a local comic shop. In that year, I have worked very hard tracking down most of his other work, including a score at Hero Comics of his 4 issue Villains series for only $4.00! At the con, Ryan was selling an excellent sketchbook, which I snapped up quickly. 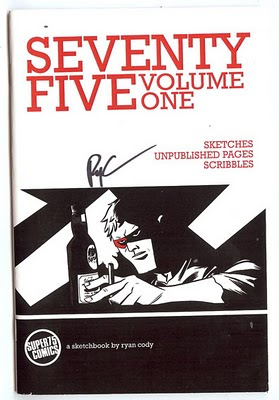 Ryan also does a Daily Sketchjam blog with some great images. I think Marvel comics should have him pencil a NEXTWAVE series after seeing his sketch of The Captain a couple of weeks back.

Wow, the Con was huge and I still have one more day.