I would like to start with a none comic item. At the Phoenix Comicon, I tabled next to Eric Torres. Besides being a fine gentleman, Eric also created a terrific card game titled, Iconica (from the world or Rynaga). The art on the cards is worth the price alone. Eric was kind enough to give my son a set of cards, which we have since played and enjoyed several time. Eric is also having a Game Night at Red Hot Robot on June 19th if you are interested in checking the game out for yourself. 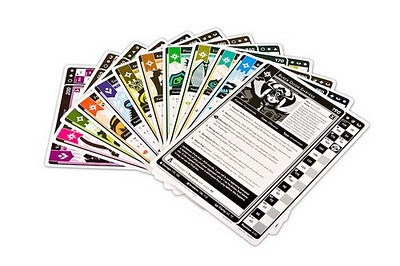 I received several mini-comics in trade at the con and would like to give these fine creators a shout out. 1st - Second Hans Smoke Vol. 3 by Christian Filardo (sorry no web address). 2nd - The Big Z by Rick Larsen. 3rd - Fresh to Death by Sam Spina. I also picked up a full size comic titled Extraordinary Tales of Lazer Woman & Strong Girl by an up and coming young lady, Jean Arrow. The Phoenix Comicon was filled with Cool Stuff!

The final item for this week is my partner in crime, Eric Mengel's new book, Ocho: Kill the Blue Man. Eric has been hard at work for the last 15 years, continuing the adventures of his main man, Ocho. With each mini his art and storytelling abilities improve. If your have not had a chance to read any of Eric's work, I suggest you pick this one up ASAP. Eric also handed out a great flip-fold book featuring the first 7 pages of the next Ocho story. 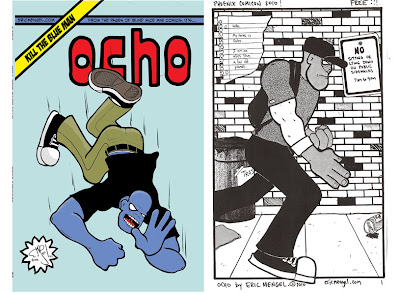 Well that's it for this year's Phoenix Comicon, See you all again next year!

Lots of fun reading your recap! More Jean Arrow art can be found at jeanarrow.deviantart.com!

Glad you enjoyed them.

I've now linked Jean's name to her Deviantart Page. I did not see a web address in the comic, but I could be blind.