So it's been a light work week over here on the west side of Peoria. Mostly due to my vehicle being towed to the mechanic on Wednesday. Good thing I had money set a side for the repairs, but I'm out a vehicle for the next couple of weeks. Thankfully my father-in-law loaned me his car to get to work (Thanx Kurt!).

- -- Continuing work on Cousin Harold #10, still moving kinda slow, but I finished the first 3 pages this week, so things should start picking up.

Also started work on Cousin Harold #11, which will feature a lot of the shorter works that I'm creating this week. I have decided to start reprinting the Free Comic Book Day stories and other stories in the main series. It was pointed out by Eric Mengel (creator of Ocho) that I would be on issue #15 or 16 by now if I include all of my stories in the regular series. So I will start doing this. The original thought was to try and get Cousin Harold on a bi-monthly schedule, but that means I would not be able to work on other projects (Jenny Spookawski, Space Monstas, etc). So I'm just shooTing for maybe 4 issues a year starting in 2017 (Yep I'm already plannign next year, this year was planned last year). 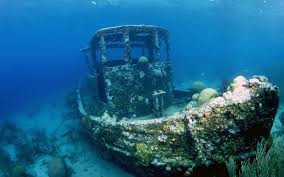 - -- Friday appeared to be story day. The story for the the Cousin Harold Free Comic Book Day Edition appeared to me after clicking on a link on Facebook about how you can see the shipwrecks in Lake Michigan because the water is so clear. I then typed in shipwrecks on Goggle Images and the story just popped in my head when I was the picture above. 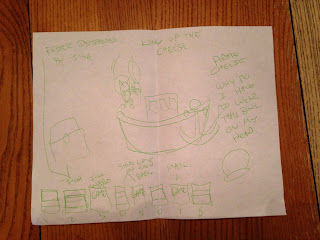 I did the page of notes below while my students were working on a quiz in class. I couldn't let these ideas leave without getting them down on paper.

- -- Friday night I had the honor of lettering the next Second Rate City strip for Brian Augustyn and John Derrick West. Cannot wait until you all get to see this strip in print (Comics Never Stop volume 5 due out in May).

- -- Saturday morning I woke up with an idea for a Comics Never Stop Cousin Harold strip and wrote down a couple of sentences. Then at the gym panel images started to form in my head so I took a couple selfies to remind me of what those panels should look like. I'm sure the images will only make sense to me, but it worked and I remembered the story once I looked at them. 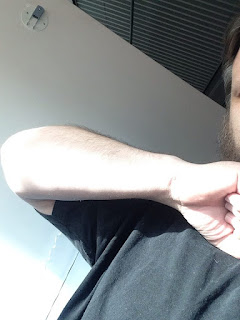 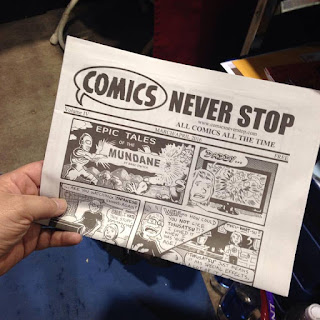 - -- Comic of the Week - Ganges #5 by Kevin Hizenga. (While I still enjoyed #3 and 4 more.) This book was Awesome! IF you are looking for something a little different, that shows some of the possibilities that comic storytelling can achieve this series is it. 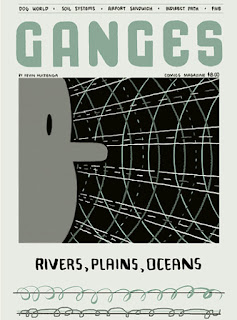 So that was a light week, huh?

Until next week, Take CARE!

And you did a beautiful job lettering second rate city #2!
Your creative output is astonishing.

And I have a day job!