TOYS - They are Happening!

Usually I post early Sunday morning and think about the past week while planning the week a head, but this morning was a little different. I spent my posting time in my toy lab (aka the garage) and finally came up with something. More on this later --

- --The first Comics Never Stop newspaper meeting is in the books and all I can tell you is there are some big plans for 2017, but you will not have to wait until then to see some of them. The first plan is to expanded the page count to 12 pages, that 4 extra strips per volume. We are also planning on increasing the circulation to 2000 copies per volume. And I'm sure I have mentioned it before Volume 6 will be a special SDCC edition distributed at SDCC in the Gaslamp District (We will also be distributing it at the local coffee shops here in AZ. (Also you know things were serious at this meeting because we all forgot to take pictures of this event.) 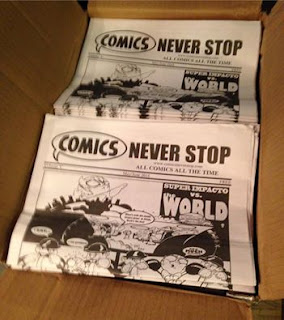 - --Comic Never Stop Volume 5 will be distributed next week on Saturday and Sunday around the valley. Then the following Friday at the Phoenix First Friday event. Get out and get a copy before they are gone.

- --Cousin Harold 10 is coming along nicely, really enjoying this story. I cut the page count down, I was trying for 32 pages, but realized that that would take me another month to complete so I cut it down to 28 (still 4 pages larger than a normal issue). I also think this will help the story out a little. I had 8 blank pages in my rough script and was not sure how I was going to fill them, now there is only 4. 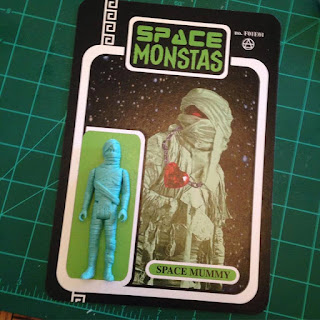 - --Okay so TOYS - well I finally have it working, the Space Mummy toys are coming out of the pressure pot as I type this. After months of failure and asking the people I know for help (taking a little from each of them), I finally have some toys that I'm happy with. Now to figure out the painting thing and I will have toys for sale on time for the Phoenix Comicon. Now to get the Space Monstas Ashcan Comic finished. 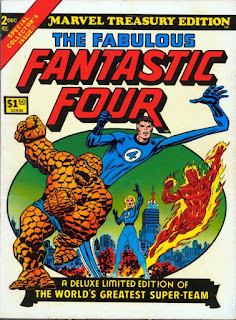 - --Comic of the Week - The Fabulous Fantastic Four Treasury! When I heard that this book reprinted FF #11 and the Galactus Trilogy, I just had to have it. After about a month of looking for it (I try not to hit eBay until 6+ months go by) I found a copy at Zia Records last week. It so awesome seeing this stories oversized and on newsprint. WOW!

Well until next week, TAKE CARE!