It's been a quiet week out here on the west side of town. I have spent quite a bit of time reading comics and thinking about making comics. I'm not sure why I make comics or what my goal with them is any more, but I know that I have to make comics. Over the last couple of weeks I have felt lost and I finally realized that this is most likely due to me not making comics. With that said, let me give you a peek at what is happening. 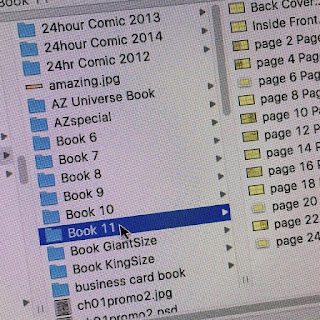 - -- With my Flag Ship title Cousin Harold, I'm getting together the 11th issue of his series. This issue should have been a Giant-Size style issue because It collects strips that have been (mostly) published elsewhere. However after talks with my fellow creators I realized that I would be on issue 13 if I just made those special issues numbered issues. So from now on they will be. 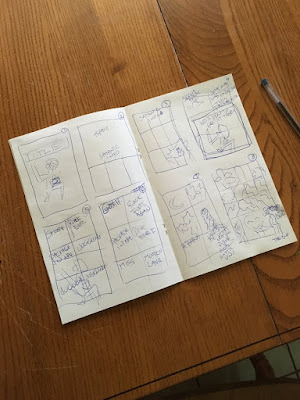 - -- Also did a little writing for the next Space Monstas story. Still planning on releasing this book in October/November. 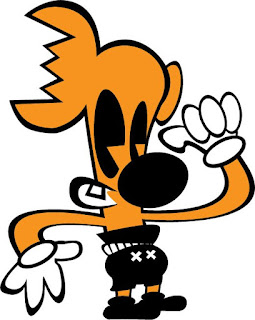 - -- The first one being this drawing of Harold. This was the first digital drawing of the character (above) and a current drawing that I have used for promotion in several places (below). The growth between these 2 drawings amazes me. As a cartoonist, I find it very interesting to compare where you were to where you are. When I first started to draw comics, I had a piece of paper that had a page of Cerebus #1 copied on one side and a page of Cerebus #201 copied on the other side. I would use this paper to remind me that lots of hard work is how you get to where your heroes have gotten to. 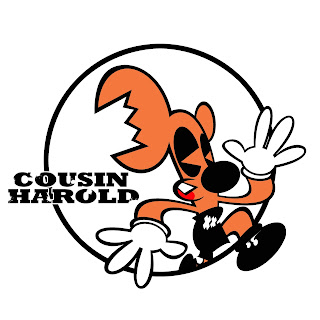 - -- Thee second fact being that I have been doing the Cousin Harold strip 5 days a week for over 3 years now. I'm really proud of this. I have a full time day job and I'm a father/Husband. So to stay on this schedule and still be able to live my day to day life, WOW! 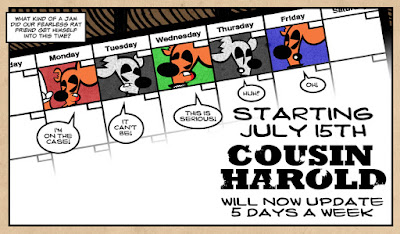 - -- Comic of the Week. Well I'm going to go back a week for my pick and it's not just 1 comic, but 3. The original Galactus Trilogy from Fantastic Four #48-50. I have read this storyline before but I finally got to read it as it was meant to be read in the original publish monthly issues. Very excited to have been able to add these issues to my collect. I'm about halfway there to collecting Fantastic Four #1-102. 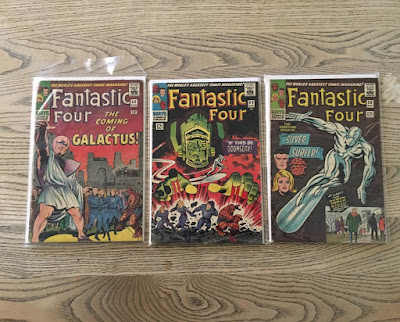 Thanx for reading and I will be back next week, hope you are too.