I final got back to my computer this week and created some new comics - it feels Great!

- -- Currently I'm wrapping up Cousin Harold 11. I have a 4 page story left to do, then work begins on Cousin Harold 12. Cousin Harold 12-14 will feature a continuous story plus a bunch of side stories. My goal is to shine a little light on the majority of character from the Cousin Harold series. I want to give each character a specific motivation/goal that they are trying to due. This has been something on my to do list for a while. Hoping I'm able to tackle this challenge throughout these 3 issues. 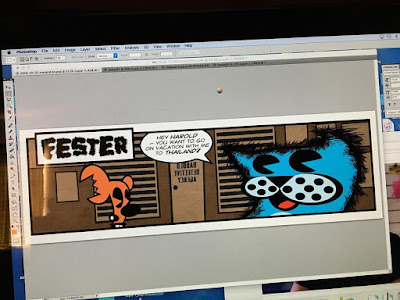 - -- Drawing some images for the Space Monstas comic today. Very excited to be back working on this series. Also ready to start working on the Vinny Vampire toy next weekend. Hoping to have this all wrapped up in time to release the comic and new toy at the Tucson Comic Con. 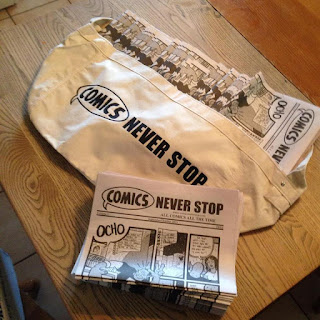 - -- So the newspaper is really gone. I really miss it, but the lessons I learned from publishing and distributing it are already showing sign of success. I'm not really sure how it's going to work, but I want to start giving away Cousin Harold comics to kids when they show interest in the series. I'm tired of parent telling the kids to wait and look around at the convention before they purchase anything, because naturally being kids they will forget. In the past I have had success in giving away comics and the families returning to buy other books. Matter of fact I would like to give the books out to every kid that I see. So how do I fund this, hmm I have some ideas but I'm still working things out. However some of my ideas are already showing signs of success even though I have barely implemented them. 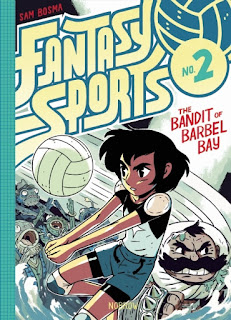 - -- Comic of the week - Fantasy Sports Volume 2 by Sam Bosma. I really enjoy this series and the art. I think the writing could use a little work, but it does not interfere with my enjoyment of the books. It might be that I'm just not into the fantasy writing part, but I love the sports action and really feel like I'm in the game during those scenes. Which make up the bulk of the book.

I think that is all for this week, take care of yourself!