It has gotten really HOT out on the south side of Peoria.

So this week I attended a mold making seminar at Reynolds and they had us introduce ourselves and state what our interest was in mold making. i said "Denny and I'm a Bootlegger!" I really like that title, Bootlegger. Makes me feel a little sinister. Oh well on to what I have been doing, which is mostly Bootlegging.

- -- The stickers arrived for my Invisible Astronaut release. 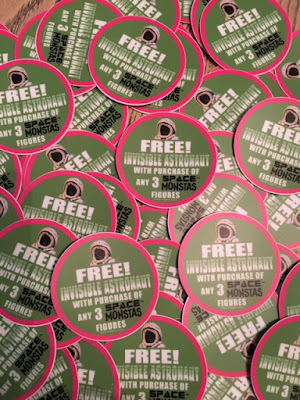 So when I originally conceived the Space Monstas figures/universe/idea, I came up with 7 figures and stories that went with those figures. These stories were going to take me 3-4 years to complete. As I started to make figures I began to get addition ideas for figures and stories. How would I add these figures in befor I even got through the original 7? Well how did they add Boba Fett to Star Wars? He was a FREE send away with 5 proof of purchases. 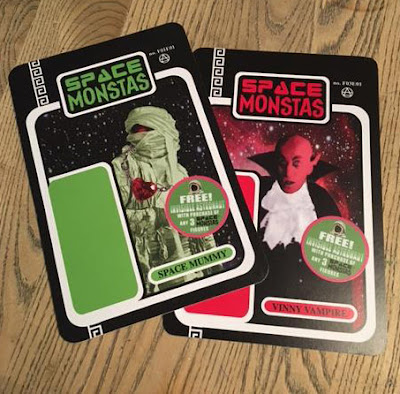 So I have decide to take that idea and play with it. Each year I will be adding a figure to the Space Monstas Universe via FREE with Purchase. Sure you can buy the Invisible Astronaut when he is released, but you could also just get him for FREE if you purchase 3 other Space Monstas figures from me (while supplies last). What a deal, right? I also have a short story featuring the Invisible Astronaut, that I'm hoping to get to after I wrap up the story I'm working on now.

- -- Production on the Zack Zombie figure and Invisible astronaut is happening daily, This heat is killing the amount of pours that I can do at a time because the resin is curing so fast. So I'm pouring 3 parts at a time, which means I'm getting about one figure poured every hour. 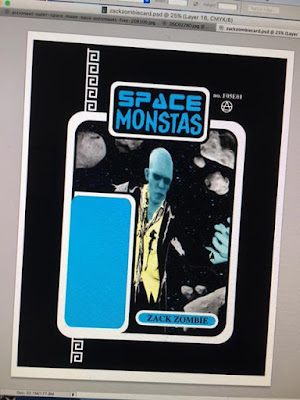 I did have a chance to finalize the card backers for both of these figures. 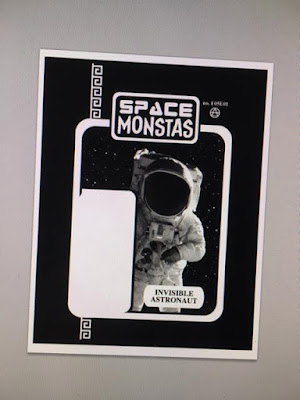 Zack Zombie and the Invisible Astronaut are scheduled to be release the last Friday of July at this point.

- -- Cousin Harold strips are being produced at a rate of about 5 a week. Really enjoying Fester and Lea's first case together storyline. The strips will start running later this week or early next week. Also started producing a Cousin Harold book to hand out at SDCC this year. More information on this book in the next couple of weeks.

Okay that is about it for now. Have a GREAT week!