Things are Not Always as They Appear to Be

It's getting HOT out here on the southside of Peoria in Arizona. Expecting 120 degrees on Tuesday. Looks like I will be spending a lot of time inside making comics and figures.

So this week I had an experience at the gym that reminded me that "Things are Not Always as They Appear to Be!" The nice elderly woman on the elliptical never to me told me that she does not like to workout next to me because of how fast I go and the amount of calories that I burn. Those that know me, know that I'm a big man with a weight problem. I'm over 100 lbs over weight. I would like to lose about 75 lbs and I would be happy. I go to the gym 5-6 days a week and workout really hard (I'm a beast, really), but I love sweets. So every pound that I work off I put back on eating donuts, cookies and ice cream. This summer I'm doing a little better and actually losing weight because I'm eating less sweets. However I'm not happy with myself at the gym and I always feel like I could have worked out harder. So where this lady sees someone who is successful, I feel like I'm not even close to being there.

The same could be true for comics and figure making. I make a ton of things each year and people make comments that they wish they could produce like I do. However I'm always thinking I can do more. This has been my main thought this summer so far, becaus eI have been a little lazy in the creation department. But things are still getting made at a fairly steady pace. I have 2 figures in production, with a third/fourth starting soon. I'm about halfway through Cousin Harold 13. I also have a few pages of the next Space Monstas book drawn. So while many people see what I do and think that I'm successful, I feel like I'm not even close to being there.

- -- Production is in full swing on the Invisible Astronaut and Zack Zombie. 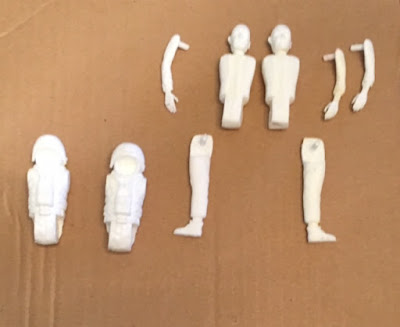 Hoping to drop these figures at the end of July. Both will be $40 or there is a special deal for the Invisible Astronaut figure. 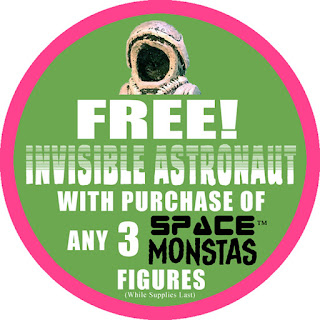 The Invisible Astronaut will be FREE with the purchase of 3 other figures (while supplies last). 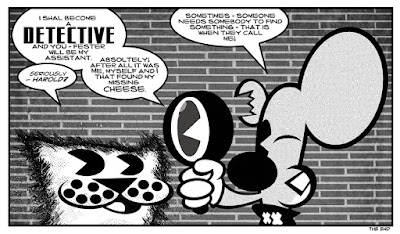 - -- Cousin Harold comic production is in full swing. I making 5-6 strips a week. About halfway through issue 13. If you have not check out the strip lately there is a ton to read here.

- -- Some big plans are in the works for Space Monstas. Working on a FCBD edition fpr next year, which will guest star someone else's character. Very Excited about this, but probably will not be able to share anything until early 2018. 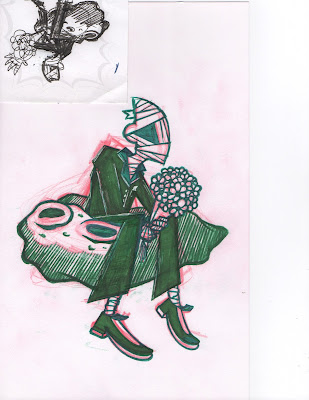 Also working on the next Space Monstas story, where the Space Mummy fights a bunch of asteroid zombies. This story is going to be a little long (the goal is a 100 page mini-comic), so I'm planning on dropping some preview mini-comics along the way. More info to come.

Okay that is about it. I still feel like I should be doing more, maybe that is what makes me look a bit more successful than the next guy (even though I do not think this). I do however think that I'm a BEAST when it comes to creating things and at working out.

Hope you all have a great week,