SDCC - Thanx for an Awesome Time

Well I'm back on the south side of Peoria where is is HOT, but just a week ago I was in San Diego for the annual San Diego Comic Con. I had a great time and spent way too much money. 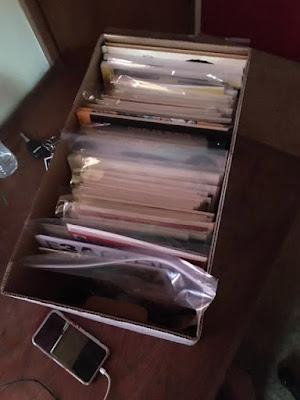 - -- People say SDCC is not about comics any more, but the above box was empty when I started the weekend. Sure the whole convention is not about comics any more, but if you are looking for comics there are tons of them to be found. I bought a nice stack of Kirby's FF and Thor books, a new Charles Burns book, a couple of mini-comics and a bunch of miscellaneous comics. I also picked up a couple of Ashley Wood books which were to big for the box. 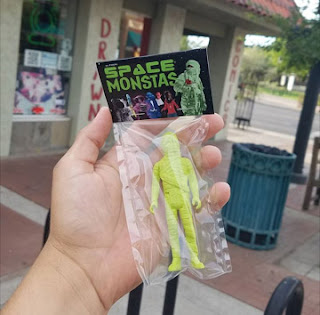 - -- One of the best parts of this years SDCC was doing the Space Mummy Figure Drops. This was tough to do in the convention center with so many people and security, so most of the drops happened off site. I also did a couple drops in Arizona before leaving. 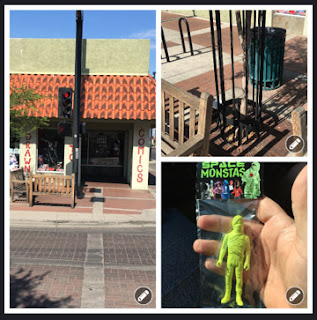 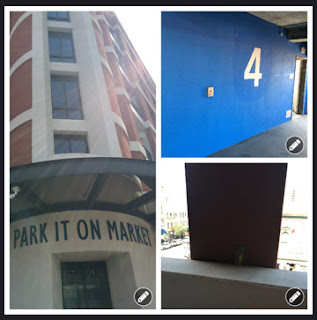 The best place to drop the figures turned out to be the garage where I was parking my vehicle. During one of my trips back to drop off some of the comic I had purchased, I ran into a guy on the elevator. He noticed my shirt and then told me that he knew who I was and was on the hunt for the Space Mummy figure. 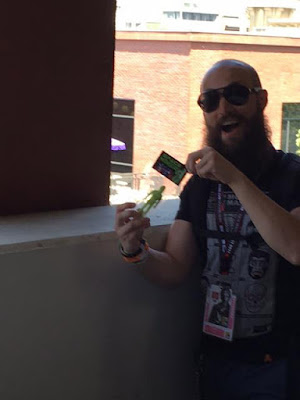 His name was Daniel and he was one cool dude. It was so Awesome to meet someone on the hunt for one of my figures. This 10-15 minute meeting was my highlight for the convention. 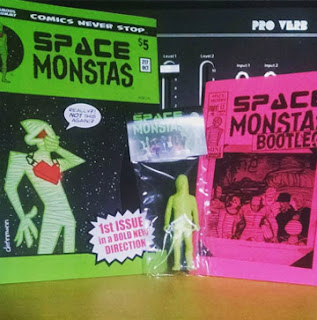 I hooked Daniel up with a couple of Space Monstas comics to go with his new figure. 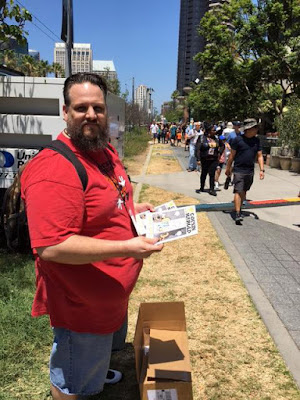 - -- Maybe the second highlight of the show was handing out Cousin Harold comics Friday morning at the start of the show. My wife and I handed out 200 books in 10 minutes to a bunch of happy con goers. Great Times! 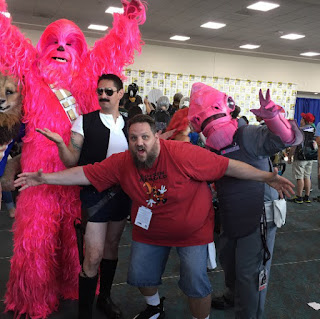 - -- I'm not a big fan of cosplay, but these guys are my favorites (and also close friends). Always great to see them at shows.

I'm sure I could go on and on about SDCC, it is my favorite show each year. But it is over and I have to wait another year for a new adventure. That also means I have to get back to work. 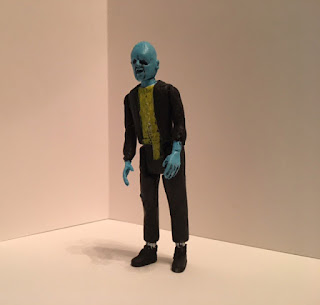 - -- Which means it's back to making figures and comics. wrapping up Zack Zombie and the Invisible Astronauts this week. I'm sure I will have a few more pictures to share next week. On the comic front. I'm back to working on Cousin Harold and the circus storyline. I'm also doing a page in a special project for a friend (will share more once the page is complete).

That is all for this week.