I feel like I say "WOW, What a week!" every week. But that is the way my creative life has been lately. Many projects that I have dreamt of for years are finally coming together.

- -- I have always want to make collectable cards. When I had just graduated high school I tried to make football cards of my brother while he played high school ball. At that point, I did not have technology (ie. Photoshop) and was not successful. Fast forward 20+ years and I have done it, a collectable card for my new series Space Monstas. 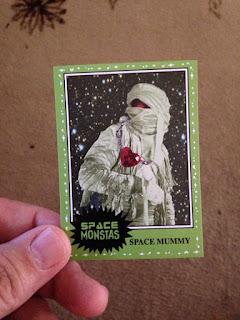 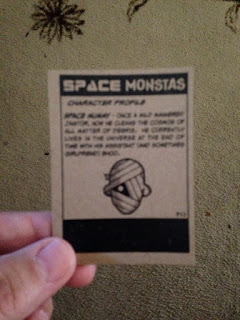 In addition to the cars I have tried making a wax pack type packaging for them. I think it will do, so now on to make the set of cards. 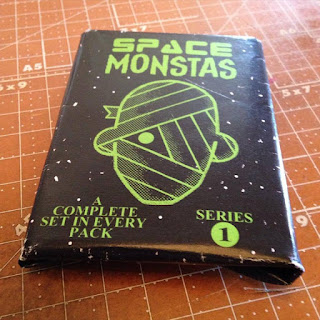 - -- On the comic front I'm working hard on Cousin Harold 10. The story is turning out great with several turns and twist that I did not expect. I will hopefully get this book done in time for SDCC

- -- And speaking of SDCC, Comics Never Stop will be releasing a special edition paper to hand out in the Gaslamp District during the show. Hope to see you there! 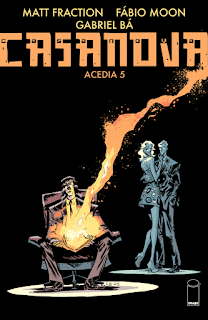 - -- Comic of the Week, Casanova Acedia #5. I just love this series. I cannot say enough good things about the whole Casanova run. If you have the funds buy yourself all the trades and enjoy.

Well that is about it for this week. A couple days late and the day job has started again, so I'm squeezing in comic work when I can.