Out here on the west side of town in south Peoria things are good, except for the allergies. I have had a steady cough for about 3 weeks at this point. It always happens at this time of year. Should clear up in a couple more weeks.

- -- Comics Never Stop is back. After quite a long hiatus, the newspaper is back. 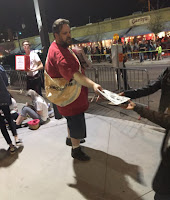 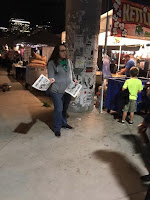 Big thanx to my beautiful wife for helping me distribute at First Fridays in Phoenix. I have some copies left and plan on distributing those at the Phoenix Comicon. So if you have been a regular reader and did not get one, stop by and see me at the show and ask for the Spring edition. The plan is to have another newspaper to distribute at the convention.

- -- Secret Project! The secret project that I was commissioned to do is out. Released at AZ Eventure Con, a 19 card set of comic creators, featuring some of Arizona's best and brightest. 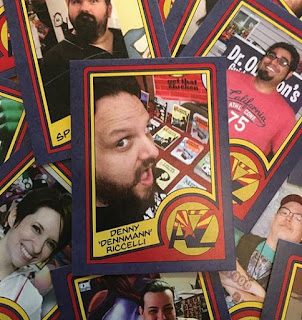 I'm sure Jesse James still has some, hit him up if you want to purchase a set.

- -- It is finally happening, the Cousin Harold resin figure. I should have these ready by summer. There is a lot of post casting work that needs to be done on this figure. These will probably be standard colored, with a black & white edition planned for later this year. 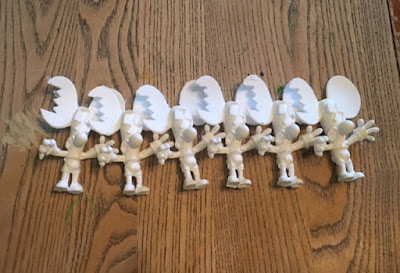 - -- Cousin Harold the webcomic is in full swing. Super excited about the storylines I'm currently working on. In one storyline, Harold has quite being a detective and run off to join the circus. This story is influenced by many of the Coro Coro manga that I have been checking out lately. The other storyline features Fester and Lea taking over the detective business. Below is a picture of the traininn story that Fester and Lea are currently involved in. 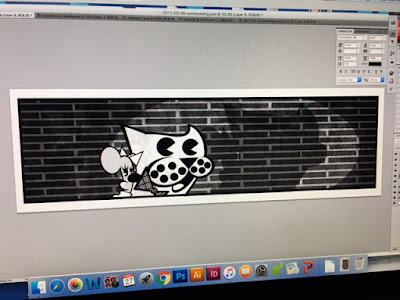 - -- Oh and then there The Time Master resin figures. I should begin to paint these guys this week and will hopefully have them for sale mid-April. More pictures to come as the painting process begins. 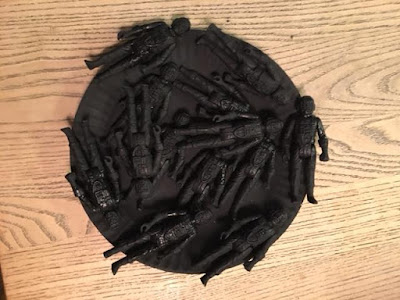 So that is a lot of stuff going on and I just completed Mini-Comic Day yesterday, look for an update about that event midweek. These are also some other things cooking I'm trying to wrap up the Space Monstas card set, if that is done in time I have another card set idea for the Phoenix Comicon. I'm working on the next Ratchet Robots figure idea, hoping to release this one through DKE at SDCC. So my plate is very full at the moment.

Thanx for your support, it really means a lot to me.